We are delighted to introduce The Vintage Aviation Echo, an online publication specialising exclusively in pre-1960 aeroplanes.

If you share our passion for old aeroplanes, The Vintage Aviation Echo is for you.  Specialising exclusively in pre-1960 aircraft, we draw together the past and present to tell the cross-generational stories behind these beautiful feats of engineering.  But the Echo is so much more than that.  We delve into the lives and experiences of prominent aviators, collectors and restorers to seek out unpublished personal perspectives, illustrated by vibrant original photographs and stunning air-to-air imagery.

Our feature articles have been designed to give Mac, PC and tablet users the most immersive experience possible, defined by beautiful high-resolution images that unwrap as you scroll down the page.  We’ve worked hard to ensure that each article integrates well on all platforms, including mobile telephones and smaller tablet devices, but would recommend viewing on a larger screen where possible to enjoy the high quality imagery used in our features.

Our aim is to deliver in-depth features, guest articles, discussion pieces and event reports throughout the year, each filed under a specific sub-category which you can browse via our homepage.

Pilots, engineers, owners, operators, engineers and volunteers give us a window into the often overlooked workings of the vintage aviation scene, while our editorial discussion pieces offer personal insight into the big historic aviation talking points of the day.

Prominent aviators offer their in-depth impressions of flying and operating some of the most beautiful, thrilling and important classic aircraft in the world.

We go behind the locked doors at the world’s most fascinating operators, workshops and restoration facilities to profile the tireless work carried out to revive and maintain aircraft that would otherwise be consigned to history.

Our correspondents go that extra mile to provide you with the most informative historic aviation event coverage from the biggest airshows, fly-ins and photo-shoots across the United Kingdom, Europe and farther afield.

Each of The Vintage Aviation Echo’s core team has a longstanding affinity for historic aeroplanes and aeronautical history.  We’ve all grown up with a broad interest in aviation, but our hearts lie with the aeroplanes of yesteryear. 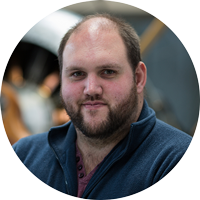 I’ve loved aviation for as long as I can remember – perhaps it was inevitable, being born into a family who’d been doing the airshow thing for years and who nurtured my burgeoning interest, giving me every opportunity to enjoy it throughout my childhood.

Airshows at Duxford, North Weald, Biggin Hill and Old Warden were calendar fixtures greeted with giddy excitement.  As a 5-year old I hid in the café at Duxford during the noisy jets, but eagerly returned to the crowd line for the warbird fighters that seemed to an imaginative child to be wrapped in an otherworldly mystique. One of my most vivid childhood memories is of riding the old train at Duxford as the P-38 Lightning absolutely hammered overhead low-level, chased down by a screaming Buchón. To an impressionable young mind, it was absolutely mind blowing to see these old aeroplanes flying so low, close and fast. It’s not hard to see how it all began!

Whilst school friends idolised footballers and musicians, I was inspired by names like Hanna, Hinton and Grey; names which held almost mythical status in the Marsh household. Captivated by their immersive displays, my brother and I would rush to our toy boxes after each airshow and re-enact the day’s flying with Spitfires and Messerschmitts. Meeting Ray Hanna as a 10-year old and being treated with such warmth and respect by my hero remains one of my fondest memories.

Quiet weekends saw the Marsh brothers take to the garden, lining up our toy warbirds and working through carefully hand-written flying programmes for hours on end – the attention to detail still raises a smile. String used to mark crowd lines, toy cars stretching back to the house (“traffic jam Duxford”), plastic buildings used as control towers and hangars and even a stereo brought outside to play our custom made airshow music cassette tapes.  Halcyon days!

The introverted death metal-loving teenage years sapped none of the enthusiasm for aircraft – indeed, this marked the start of the kleptomaniac era, with bits of aircraft, cockpit dials and nose art covering every desk, shelf and inch of wall space, whilst a Westland Wasp tail rotor took pride of place on the bedroom floor (try explaining that to your first girlfriend).  With maturity came an understanding of the historical importance these aeroplanes played in shaping the world, and an appreciation for the aviators whose pioneering spirit made it all possible. Hand in hand with that was the growing understanding of the importance of the innumerable people working tirelessly behind the scenes to keep the historic aviation world afloat and tell the story of our aviation heritage in the present day.

Adulthood saw the airshow intake broaden to upwards of 30 events each year.  Aviation has taken me across Europe and North America so far, and has given me a raft of very special like-minded friends from across the globe. From 2010 to 2016 I wrote and then edited the Global Aviation Resource website, which gave me a platform through which to express my interest to an international audience and the chance to work with some of my childhood aviation heroes. I will be forever grateful for the opportunity.

The Vintage Aviation Echo is our small way of giving a little something back to the industry and the people who have given us and countless others so much enjoyment over the years.  I’d also like to extend my personal thanks, and the appreciation of the whole team, to our friend and designer Alessandro Taffetani, who took our vision and turned it into something tangible over the course of the six months preceding the website launch. Without his input as a logo creator, bespoke web designer and general consultant throughout the long gestation period, we wouldn’t be where we are today. 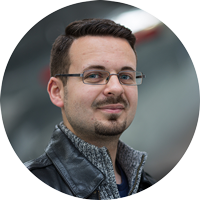 The rapturous purr of Merlin engines along with the sight of Spitfires wheeling and dancing in a summer sky have a tendency to capture the imagination of young and impressionable minds. This was certainly the case with me at the 2003 edition of The Fighter Collection’s annual Flying Legends airshow at Duxford, when that afternoon’s aerial displays sparked in me something of an obsession with historic aviation – one which has lasted for over 15 years.

An endless production line of plastic model kits soon followed, as did ever expanding bookshelves. As my interest gathered pace I became conscious of the human stories behind the aircraft and their wider historical context; the pioneering aviators who made the first tentative steps into powered flight and turning man’s dream of flight into reality, the trailblazers pushing the envelope of performance and broadening horizons with ever longer flights, contributing to shrinking the world inconceivably in such a short space of time, and the knights of the air taking to the aerial battleground as aviation revolutionised conflicts irrevocably. Delving into the past and attending airshows really began to make this history come alive.

Through immersing myself in these events over the following years I also became aware of the driving force behind the aeroplanes that I saw fly, a dedicated and distinct preservation scene comprised of incredibly driven people in various organisations; restorers, engineers, owners, pilots, airshow teams, museum staff, historians, photographers and enthusiasts – I have gained huge respect for the numerous feats they have achieved and continue to strive towards.  The myriad organisations and individuals pushing the vintage scene into the future are vital to safeguarding the history, in order to educate generations current and future, as well as to provide a lasting living memorial to the achievements and sacrifices of the people involved in aviation, both in war and peace.

To that end The Vintage Aviation Echo serves as an output for my interest in aviation history and as a platform to better support the preservation scene – in some small way – by highlighting the fine work it accomplishes, as some small thanks for the continued enjoyment it provides me with.

If you ever take an interest in what we produce – if you may learn from it, feel enthused or are inspired by it – it will all have been worth it. 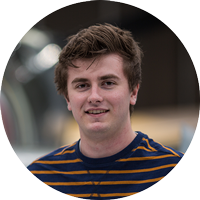 That interest has always been there, however it was not until recently (2013 to be exact) that I’ve really become involved in the scene. This coincided with (and was probably influenced by) my choice to study photography at 6th Form in 2012 – a bit of a lark soon turned into a hobby, which was furthered still when I managed to land a summer job working with the photographers at Classic Wings, the pleasure flight operators based out of Duxford.

My second day working with Classic Wings turned out to be a baptism of fire, with it coincidentally being 2013’s Flying Legends airshow. It was manic – and I loved it! One of my favourite memories is being stood airside as the Mustang tail-chase thundered in – Nick Grey in Miss Velma with Princess Elizabeth in the hands of Stevo Hinton hot on his heels and Marc Mathis bringing up the rear. I was hooked.

I’ve subsequently started volunteering at The Fighter Collection (TFC), helping with maintaining both website and social media, but mainly providing photographs. I’m incredibly grateful for the opportunity TFC has given me to develop my photography, and am privileged to work alongside the engineers, pilots and volunteers. It’s not just about the aircraft.

The drive and determination that people have to keep these wonderful old aircraft flying is inspirational, and I hope that here at The Vintage Aviation Echo my colleagues and I might be able to share some of this passion. 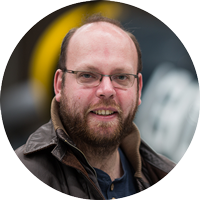 I’ve held a keen interest in aircraft since I was taken to a Fire Engine Rally at Duxford in 1986, at the ripe old age of two! From then, my fascination with flight really developed and I gained a particular interest in the history and human aspect of aviation. That resonates as strongly as ever nearly 30 years later.

Many of my fondest airshow memories have occurred at legendary venues such as Duxford and Old Warden, whilst not neglecting the more modern delights on offer at the likes of the revered Mildenhall Air Fete and the Royal International Air Tattoo. I was fortunate enough to see many of the air display greats such as Ray and Mark Hanna, Stephen and Nick Grey, Hoof Proudfoot and many others over the years, and that has given me the utmost respect for those who preserve our aviation heritage.

Having been an occasional contributor to Global Aviation Resource from 2011 to 2016, I look forward to the new challenges that The Vintage Aviation Echo offers.

From all of the team at The Vintage Aviation Echo – thank you for joining us!